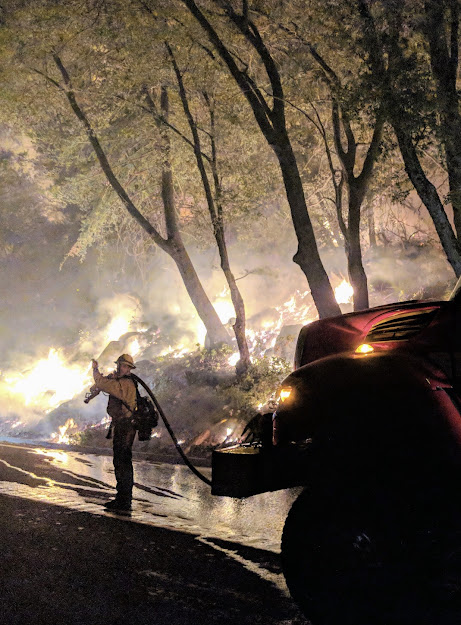 Above: One of our own at the front lines. Keep them all in your prayers.

Entering into this is the Gospel of Jesus Christ. The word “Gospel” literally means Good News, but not in the sense of “happy thoughts”. The word has Roman military overtones! With the defeat of an enemy, an imperial proclamation officially announced the “good news” of an new era of peace - that the war was over, hostilities have ceased. At the birth of Christ, an army of angels marched to the edge of heaven and proclaimed “Glory to God in the highest and on earth peace to people of good will.”

This does not mean that everything will now be rosy in the garden. A blossoming bougainvillea planted along a fence line with its bright colors but hidden thorns is a better picture of the reality of our landscape. The memories and scars of conflict are often still present. Battlefields still smolder, triggered by reminders of the stench of death and injury. But never forget the heroic and saintly efforts of those who endured or gave their lives defending the godly virtues to live lives “free from fear and saved from the hands of our foes” (Luke 1:74).

The heavens have indeed proclaimed the Gospel message of victory and Resurrected Christ Himself embodies it in the combat uniform of His body and blood, but there are still pockets of ongoing resistance, fighting and hostility. This comes to us even though “God, the Father of mercies, through the death and resurrection of His Son has reconciled the world to Himself and sent the Holy Spirit among us for the forgiveness of sins” (words from the text of sacramental absolution).

So what is there left to be done?

The final hotspot, fanned into flames by that relentless rebel, is often within our own heart and mind. Sunday’s Old Testament Reading (Ecclesiasticus/Sirach 27:30—28:7) reminds us how, like a tinderbox, we are so susceptible to bursting into eternal flames because of the environment we create or tolerate around us. “Wrath and anger are hateful things, yet the sinner hugs them tight.” But the Gospel of Christ offers us the peace terms if we are to live in the Kingdom of God. When Peter approached Jesus and asked him, “Lord, if my brother sins against me, how often must I forgive? As many as seven times?” And Jesus answered, “I say to you, not seven times but seventy-seven times (Matthew 18:21–35). In other words, “Forgive us our trespasses AS we forgive those who trespass against us”.

It’s often easier to light a fire than to put one out. Let us pray for the strength of the firefighter St. Michael, the conviction of the messenger St. Gabriel and the healing touch of the medic St. Raphael - archangels sent before us to lead us onward and upward towards the mercy of God.

The Sunday Gospel (30th Week in Ordinary Time) once again reminds us of Christ’s instruction to Love the Lord our God with everything we hav... 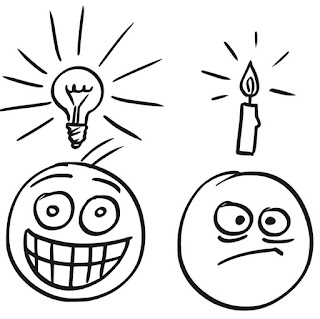