Every Fourth of July, we observe the anniversary of the writing and proclamation in 1776 of the Declaration of Independence. From the City of Brotherly Love, a new political experiment was born.  From there, it slowly made its way westward.  It would not be until 1849 that California would finally be admitted into the union of these United States of America.

It is well worth reflecting upon what was happening in California in 1776.  On that historic day when the Liberty Bell in Philadelphia announced the birth of the United States, the bells of six of the Californian Missions were already ringing throughout California.  These bells were announcing the beginning of Mass, the times for prayer and when food was served for anyone who was hungry.

Even today, these bells have been immortalized along the 600 miles of the El Camino Real that begins in San Diego, passes through the middle of our parish and stretches north to Sonoma, just north of San Francisco where Saint Junipero Serra was living and witnessing to the Gospel on that historic first 4th of July in 1776.

His legacy is not the image of statues bearing his likeness. Rather, it is the endurance of the Mission churches he built in his effort to usher in the Kingdom of God. In their own lifespan, many of the Missions were burnt, torn down, set upon by mobs, even confiscated by the government. But today, they still stand as enduring and historical witnesses, despite the odds, continuing to communicate the Good News of Jesus Christ throughout California.

Whether we are local, natives, out-of-staters, visitors or immigrants, we all owe our faith and our industrial ingenuity to the first missionaries and those who came before us. We are therefore duty-bound to be always grateful that we have found a home and a land where we have, at least in principle, the freedom to worship and pursuit of happiness.

Today, in particular, even though we are far from perfect and we wrestle to understand divine providence, we are duty-bound to pray for our land, for the nation, and for our government.

And let us also not forget all our brave men and women in uniform, both past and present. They often find themselves in the heat of the battle to save lives, to protect the innocent and to uphold our cherished values. They are joined today with those who are also helping us in the battle of an unseen enemy in the form of Covid 19. To that end, we also pray in gratitude for our nurses, doctors, medics and researchers and all those enlisted in the fight against the virus while caring and supporting those who are sick and have been weakened by this pandemic.  May the shield of St. Michael protect us and the remedies of St Raphael bring healing.

And may our nation, under the patronage of the most Immaculate Mary, Queen of Heaven and Earth, become a credible witness to the Good News of Christ Himself and the Kingdom of God to come.

The Sunday Scriptures the Church gives us to begin the week, once again bring us outside and into the open where God meets us . This is ap... 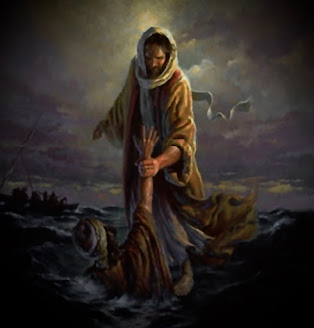