A little flock, a little nervous 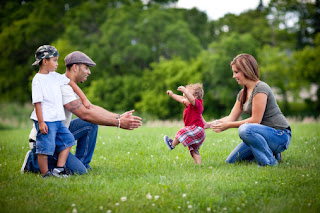 “Do not be afraid any longer, little flock…” Christ's words help to remind us of the tenderness of the Good Shepherd. He is one who shields, protects and ultimately lays down his life for his flock. At the same time, the Good Shepherd ushers this little flock into a big world. Even though we may feel vulnerable, uneasy or nervous to sometimes stand alone in our faith amidst a demanding and often time cruel world, not only is the Good Shepherd protective of us, we are assured that our heavenly Father is preparing to give us the Kingdom, not the kingdoms of this world, but the Kingdom of God. (cf. CCC 764)

But almost like a child learning to walk for the first time, we must not be afraid of entering into uncharted territories, unpredictable circumstances. If Abraham had played it safe, trusting in his own resourcefulness and securities, he might never have put his trust in the Lord. God provides for us with a sure investment should we choose to embrace it, the gift of faith - “the realization of what is hoped for and evidence of things not seen.”

A Christian is counter-cultural. The Church is also counter-cultural. A Christian does not live their life according to the standards of the world any more that the Church should order its household based on the model of a business corporation. The test of what we are made of is provided by Christ when he tells us in no uncertain terms to “sell your belongings and give alms”. St. Augustine remarks that a strong and true Christian “should neither be overjoyed at acquiring [wealth] nor saddened when it is gone.”

Christ talks of the servants waiting on their master's return. Of course, we are the servants of the Lord. As his servants, we are privileged to know his mind, what he expects of us, how we are to run the Lord’s household. St. Augustine, reflecting on the relationship between grace and free will, noticing that the servant in the gospel parable is beaten when the master returns to a house in disarray, makes this observation. “We must not on this account take refuge in the darkness of ignorance so as to find there an excuse for our conduct. Not to know is one thing; unwillingness to know is another”.

The early Church, when it was younger and somewhat tender was often drastically attacked, beaten and bruised. The Roman Emperor Valerian began his reign in the third century somewhat tolerant of Christianity. But with military defeats abroad and political disorder at home, he quickly turned against the Church. The Emperor needed finances and political scapegoats. He ordered that the Roman Church hand over all its treasures. When the deacon St. Lawrence asked for a couple of days to reply to this demand, he later returned and presented to the imperial court all the treasures of the Church – the poor, the outcasts, the widows and the orphans. Not at all amused with his reporting of the Church’s assets, St. Lawrence was tortured to death, slowly roasted alive over a charcoal fire. A sudden wave of vicious attacks upon the clergy followed. Even the pope, St. Sixtus II, like many others, was arrested and beheaded, simply because he dared say “no” to a pagan culture. Unfortunately, many disciples fearing persecution and the demands of Christian witness gave in to the pagan culture. This was a source of great disappointment and discouragement to many who had tried to keep the faith despite the odds.

When Christians undergo persecution, we might look at the assault upon the household of the Lord as an attack waged upon us by the forces of darkness and evil itself. I am sure there is some truth to this. Soon after the deacon Lawrence and Pope Sixtus were martyred for their faith, St. Cyprian, Bishop of the Roman colony of Carthage reflected on today’s gospel shortly before he too was publically executed. Mediating on the sufferings of Christians, regardless of its cause, he instead saw it as an opportunity to be purified. These are his words: “We must see and admit that this very disturbing devastation of the affliction that has destroyed and is destroying our flock in great part has come about because of our sins. Eager for our inheritance and advantage… neglecting simplicity and faith, renouncing the world only in words and not in deeds… we are beaten up as we deserve.” (Letter 11.1)

The whole history of the Church belongs to us and so does her future. May today’s Gospel awaken in us a greater appreciation for what Christ has given, and the courage to imitate him in doing the will of our heavenly Father. Only by joining our own sacrifices to his can we truly appreciate the gift of faith which we now celebrate in this Holy Eucharist - the source of the Church’s unity and the strength of every believer in the Body of Christ, wounded on the cross but now gloriously resurrected and in our midst. The Good Shepherd will never abandon his “little flock”.
at August 10, 2019

“On that day, Jesus went out of the house and sat down by the sea. Such large crowds gathered around him that he had to get into a boat and ... 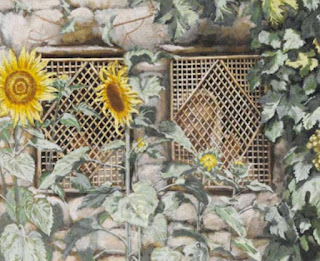