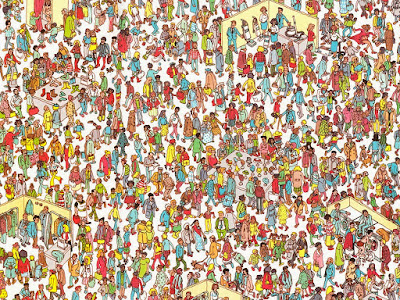 "Where in the world is Waldo?"

There is the story of a famous atheist, Bertrand Russell. On his deathbed, he was asked by a colleague, “Dr. Russell, you know that you are going to die soon. And you’ve been an atheist for most of your life. What if you were wrong? What if God does in fact exist? When you die and meet Him, what are you going to say to him?”

Dr. Russell pondered this question and replied, “Well, I would be forced to admit that my thinking was wrong. But I would then ask Him a little question. ‘Why did You not give us more evidence that You do in fact exist?”

It seems a very interesting question. How many times have we all asked God in a moment of doubt, or despair, or when we were afraid or confused, “Where are you? If You do exist, speak to me - send me a sign. Help me to believe that You really do exist”.

But maybe that’s the big difference between me and God. I might want to make a name for myself. I might want others to know everything about me. “I want to have an impact in this world, to be successful, admired, respected, to be taken seriously. What you see is what you get!”

God, on the other hand, does not follow my logic. He keeps Himself hidden and mysterious. He seems not to mind that most of the world doesn't know Him or that His message hasn't really made the world a better place. There are still wars, violence, crimes committed, suffering and despair. Why does He not simply “appear” in all His glory and power and put an end to it all.

Just imagine! God just has to pull back the clouds and the sky and show Himself directly. Then everyone, everyone - believers and atheists, agnostics, scientists, politicians, saints and sinners, even Hollywood actors, (even Bill Maher!) every single person would drop to their knees and believe in Him. And the world would never be the same again! One might ask, “God, don’t hide yourself. Revel yourself!”

If Christ is divine, the embodiment of the Eternal God in flesh and blood who walked among us, would it not have been easier for Him to, in a way like an undercover boss, to take off his disguise, to the astonishment of everyone who would the go down on bended knee before Him and a new era for humanity would immediately begin?

But that’s maybe what I would do if I were God. So, here is the difference. I am not God. Sometimes we tend to think that because I would do something this way, or think that way, then God would do and think the same way I do. God doesn’t.

John the Baptist hits the nail right on the head in the Gospel today, when he replies to those around him who are demanding answers as to where Christ is, when he says, “There is one among you whom you do not recognize”.

God does not impose Himself. He does not stand in front of you and me as say, “OK, I’m here. Get use to it.” He offers Himself, not as a blinding light all at once. But through little lights here and there, like the witness of John the Baptist. And John did not provide black and white answers or proofs. There was, instead, just something about him and what he was doing that intrigued everyone who came across him.

Why didn't John the Baptist provide clear and irrefutable theological answers? Maybe because we would replace “knowledge about God” with “actually doing God’s will”. We would then be content with having all the questions about theology answered because it would now make complete sense, and would be completely logical.

But what would then motivate me to bring glad tidings to the poor, to feed the hungry, to bandage the wounds of the injured, console the sick, to visit the lonely? It is often easier give them a pamphlet, to write about them or to give a talk on the evils of social injustice, than actually “doing” the mysterious will of God, and finding Him there in their midst.

God hides in the crowd, in the poor, among the uneducated, with the outcast and the sick, so that we who think we have all the answers might learn to swallow our own pride, be humble and look for Him were we logically least expect to find Him.

As Mother Mary sings for us the Responsorial Psalm “God fills the hungry with good things, and the rich he has sent away empty” It was not her mind that rejoiced in God. It was her soul. Because she was humble and poor, Mary rejoiced in doing the will of God without needing to know why.

Let us ask God for the gift of the joy of His presence, even though, as in this Eucharist, He is outside the limits of our knowledge and beyond the horizons of our sight. No question there! 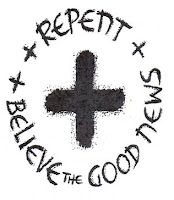